Larung Gar is the largest buddhist settlement in the world and a place like no other at approx. 4.100mt of altitude. Situated in a very remote part of China, it’s supposed to be home to more than 10.000 monks and nuns.

I had planned to visit this village and shoot there well ahead my trip to China, but even if I was prepared and well organized, it hasn’t been easy to get there. I had to figure it out once in Chengdu, the closest big city to Larung Gar, and it took me more than 18 hours by bus to finally get to the village. Once arrived I spent the first night on the roof of the hotel because the only bunk left was there, a cold night that I’ll always remember. When I woke up it was snowing in the village. So among cold temperatures, snow and fog I began shooting the scene from the terrace.

I was stoken by the crazy patterns the houses create. It’s hard not to be inspired by such an incredible and unusual place and for the following 7 days in the village I simply couldn’t believe my own eyes. 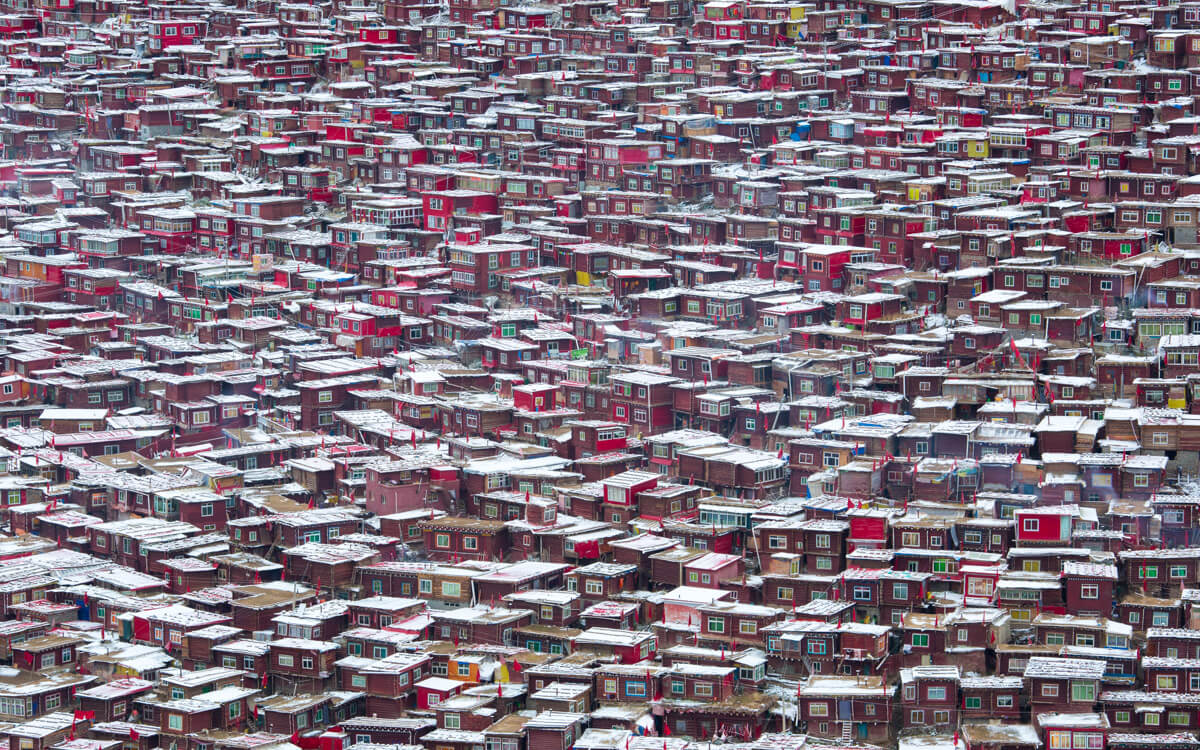 The Hive I - China 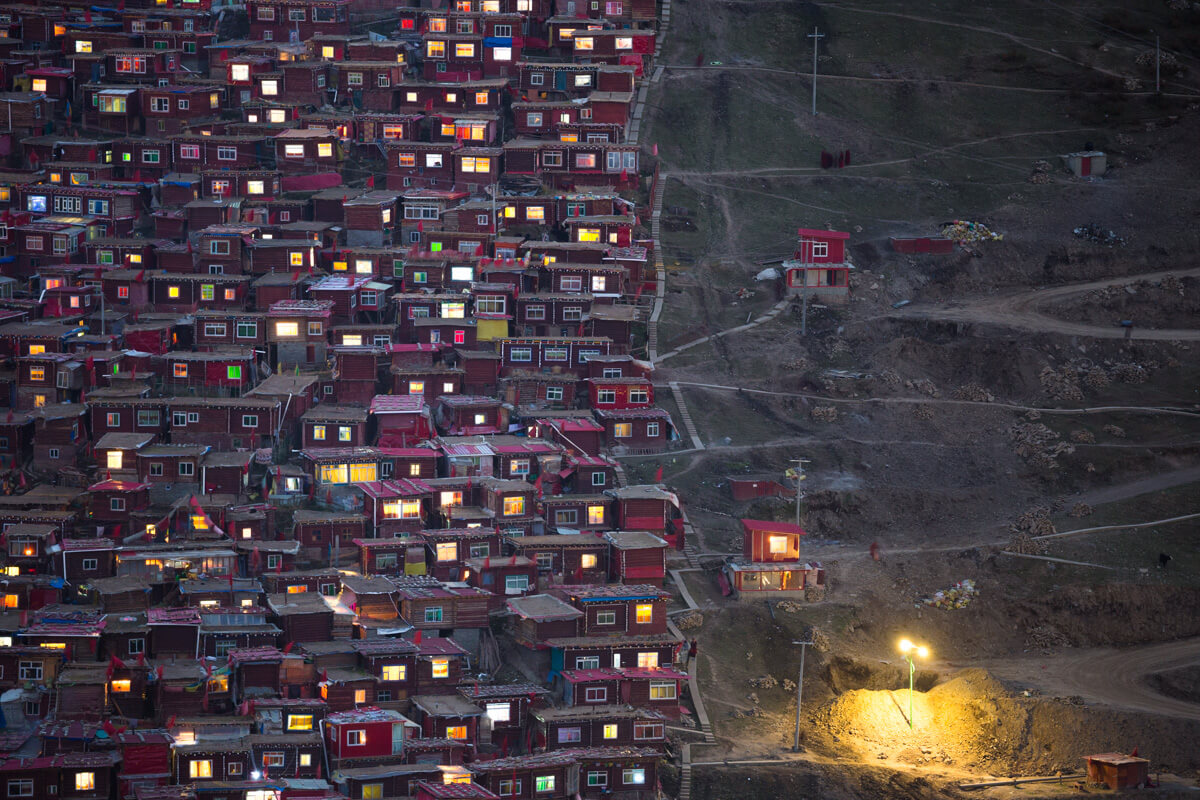 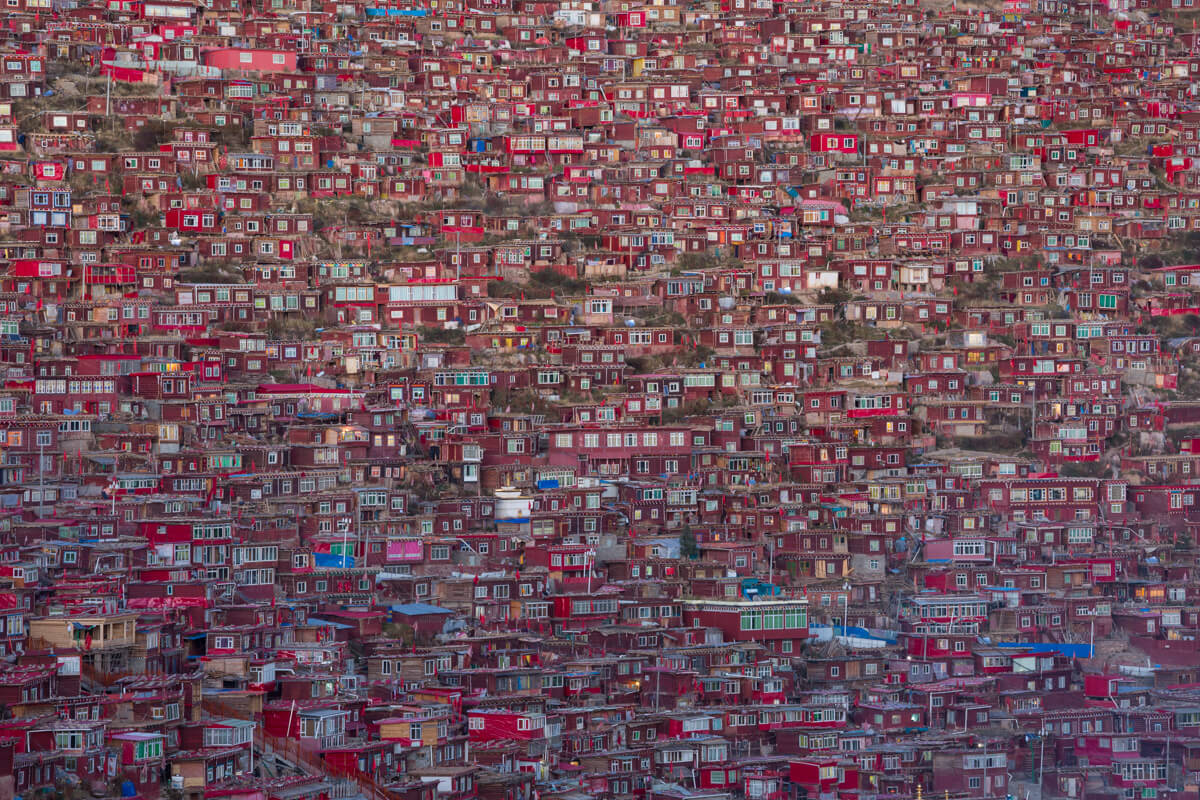 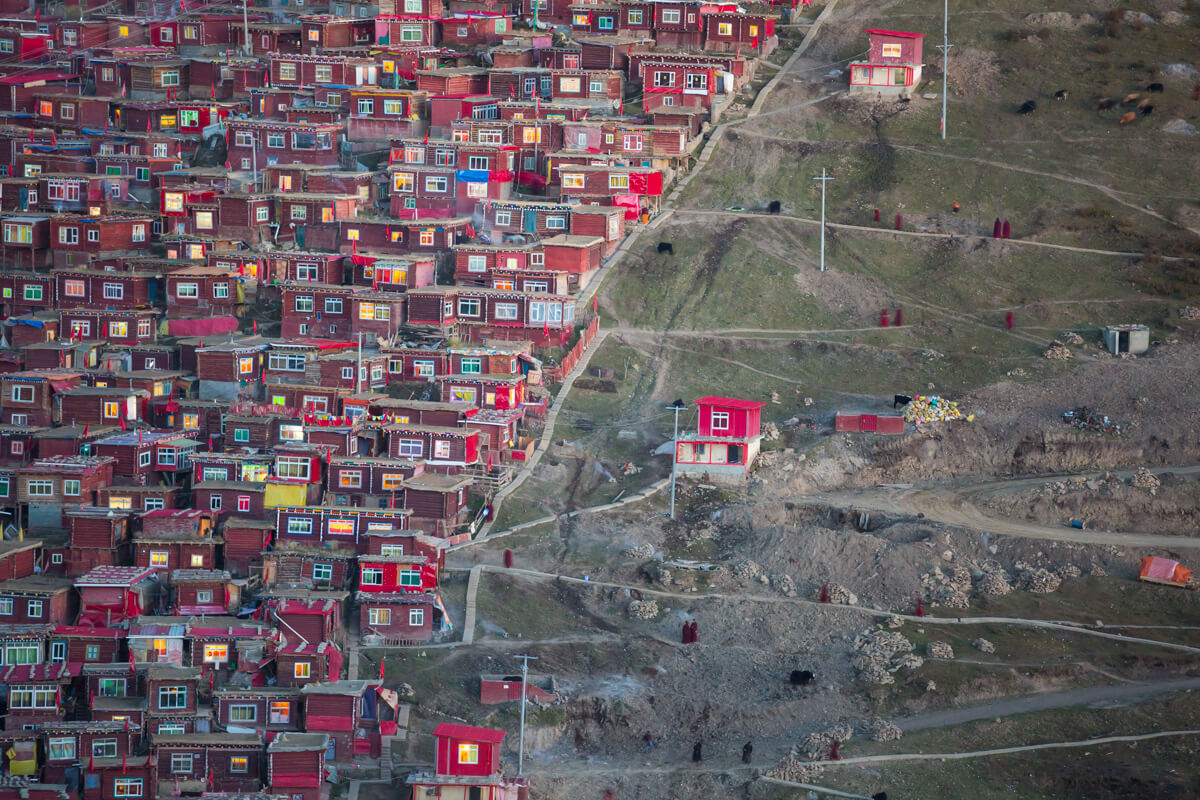 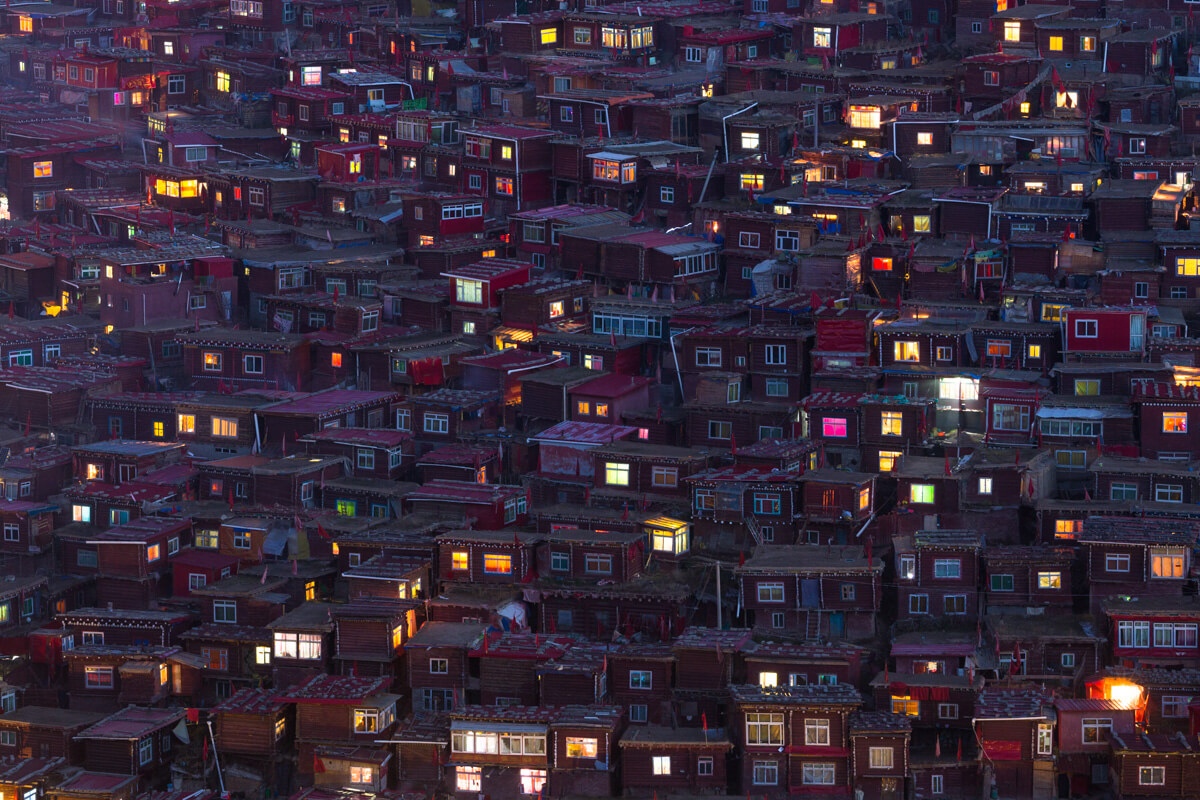 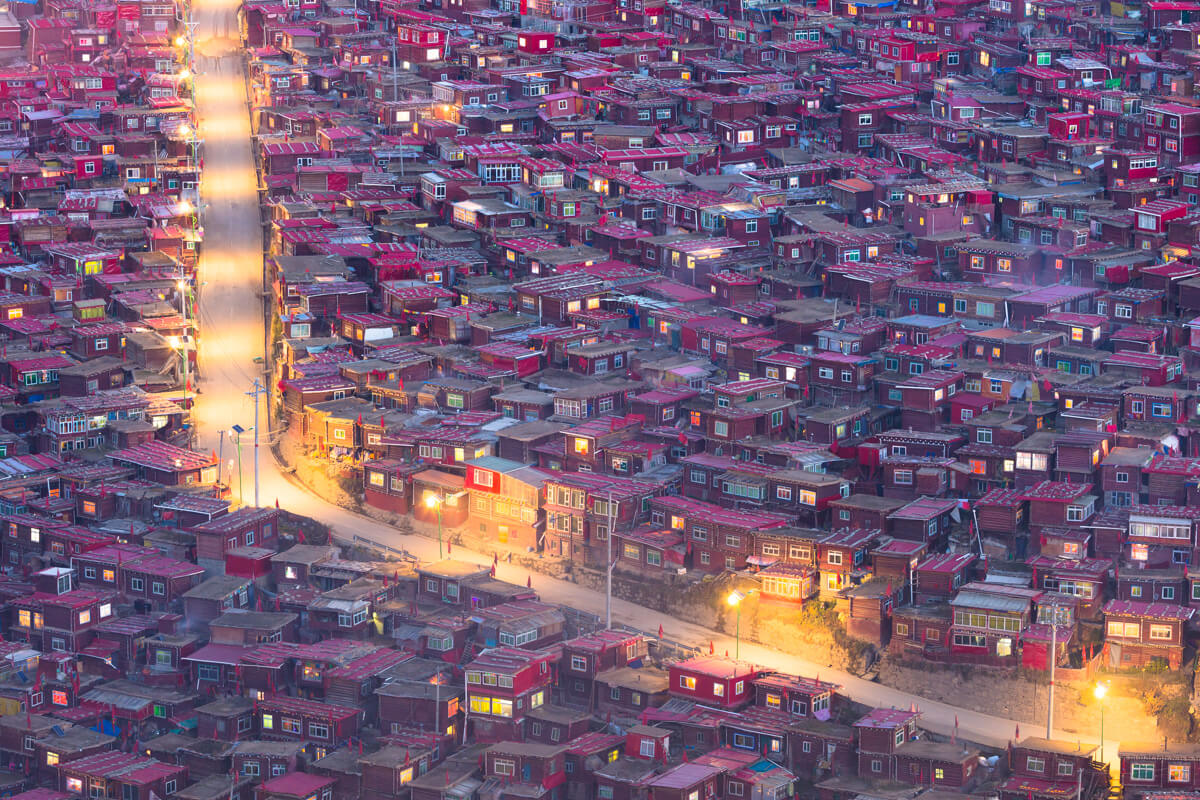 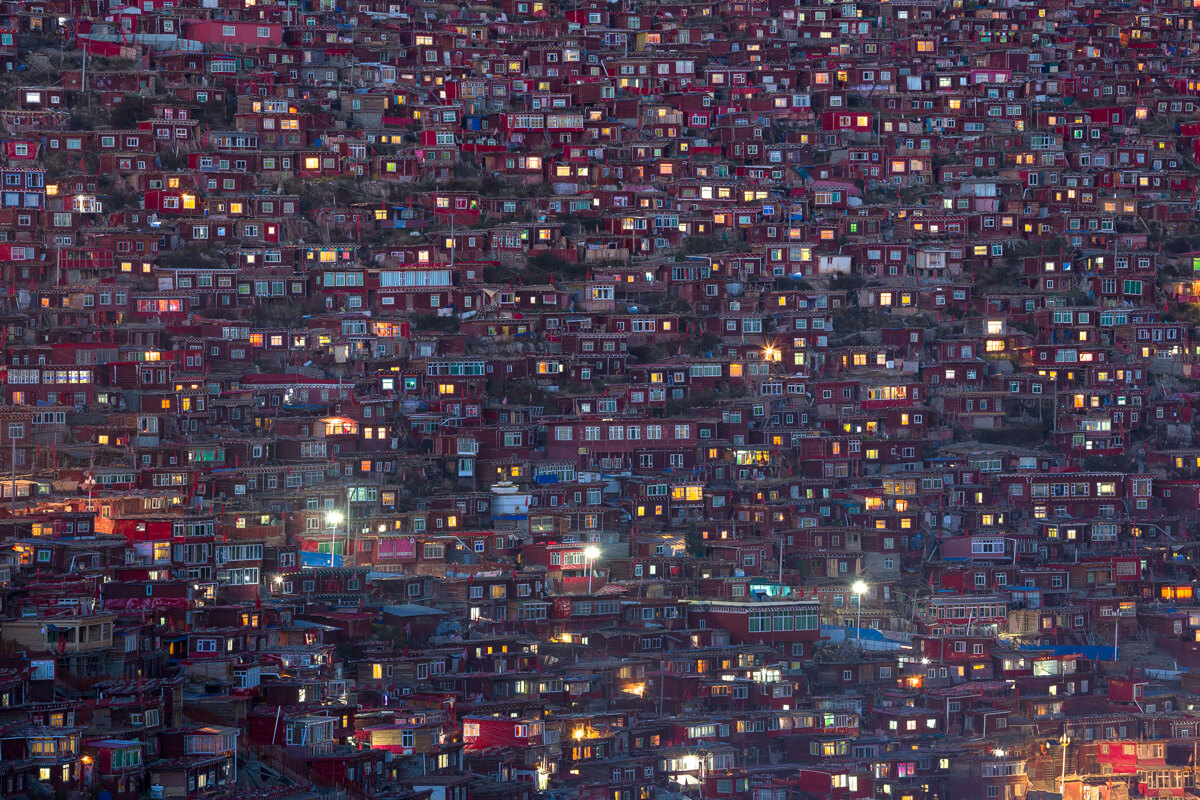 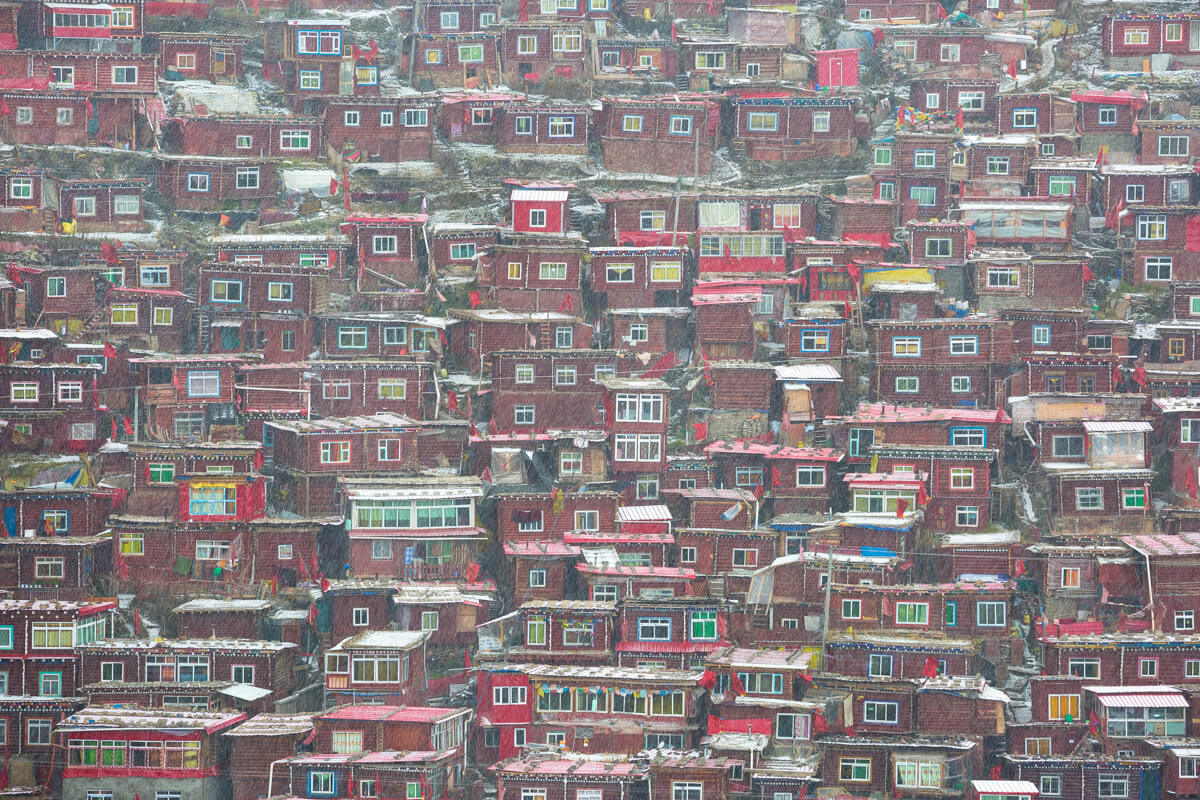 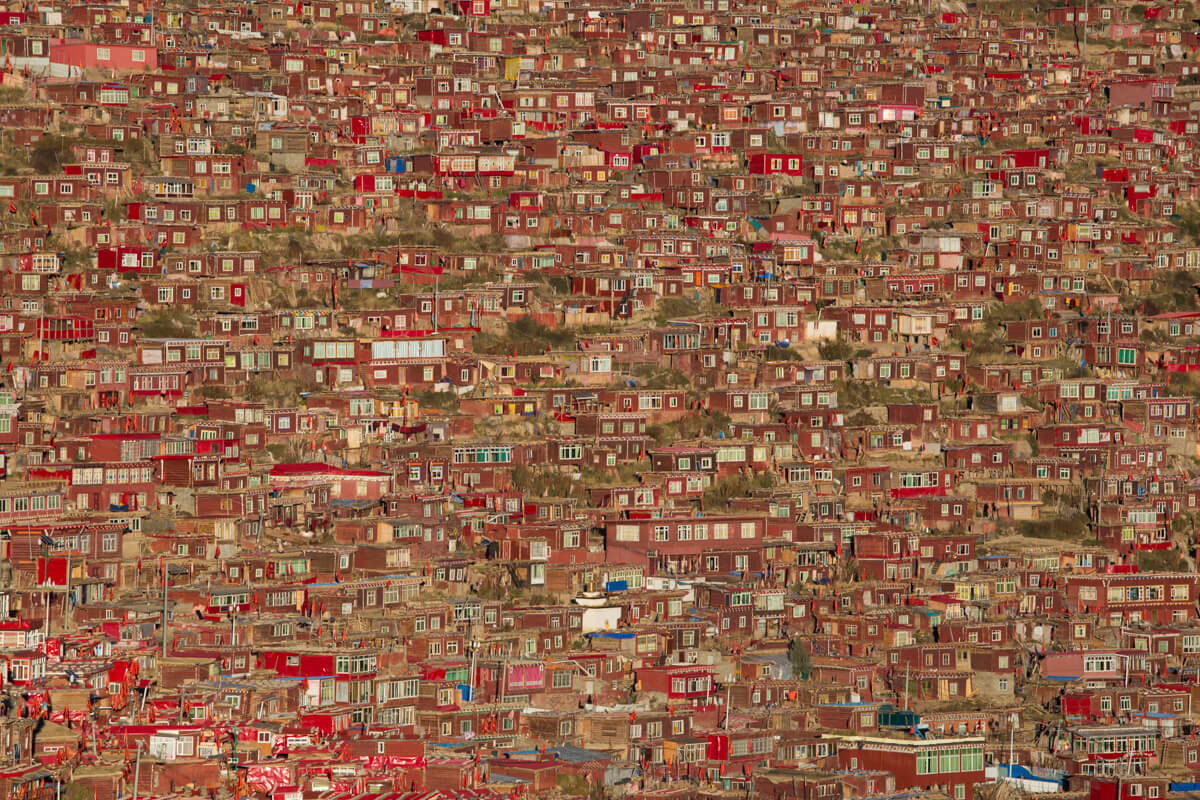 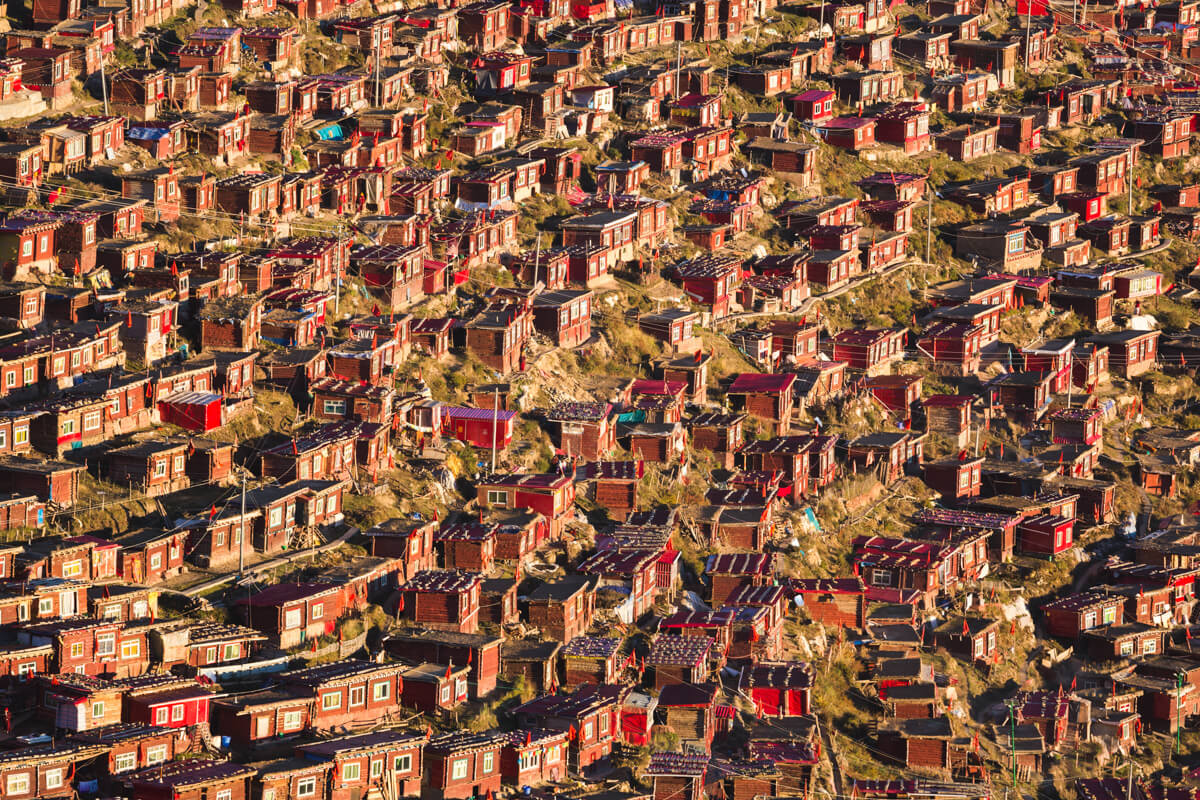 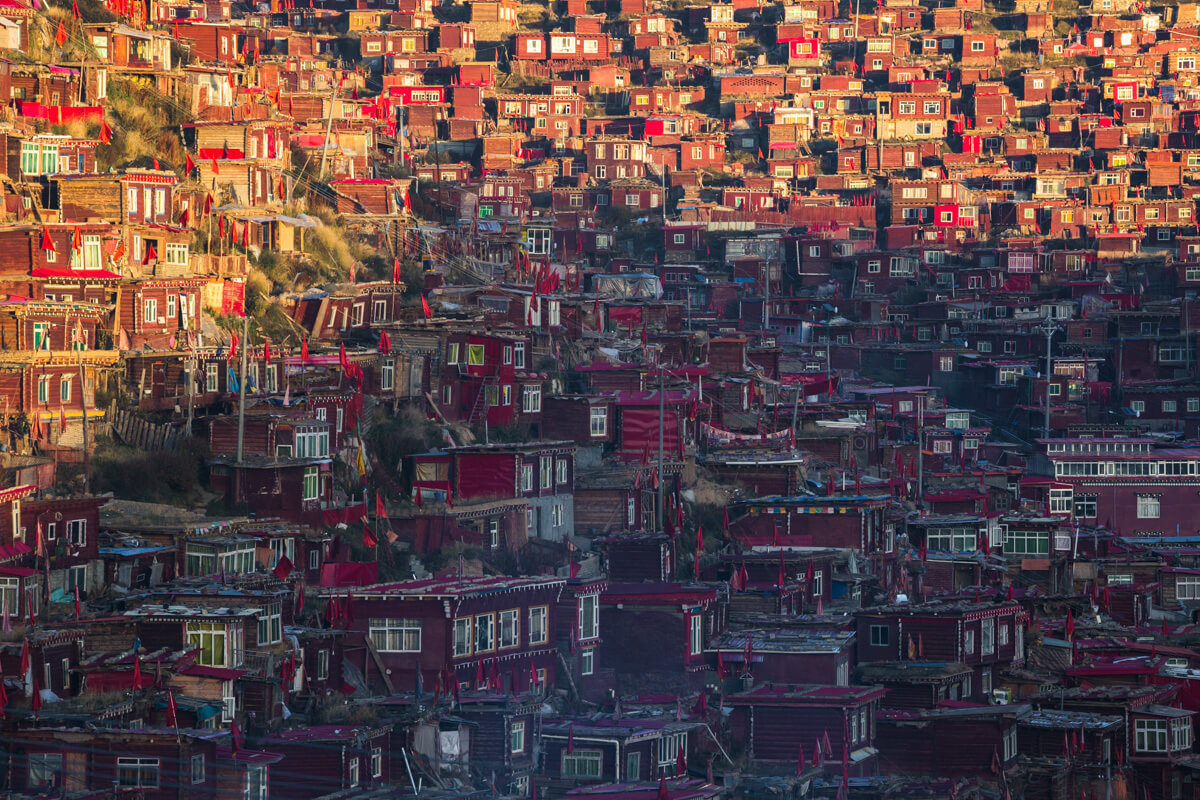 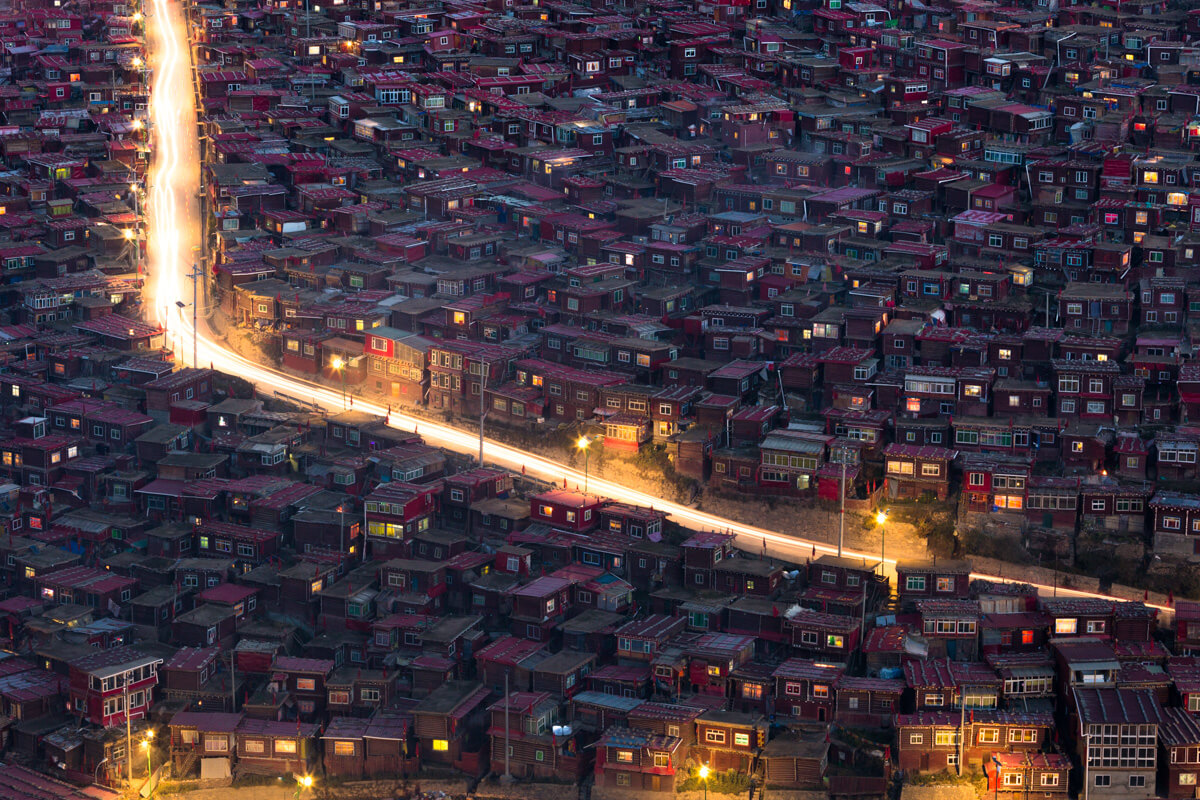