This tour is in partnership with Mike Reyfman and Dmitry Arkhipov, who are responsible for organization and bookings.

A distant, isolated world, living by its own laws and rules. You won’t find anything like that anywhere else. South Georgia is Heaven for wildlife photographers. Landscape photographers will also have plenty of opportunities to compose breathtaking scenes. A group of penguins or elephant seals will give a scale to the powerful background of snow-capped peaks and glaciers.

On October 13th we will meet in Santiago de Chile. Due to the next day’s early flight to the Falklands, we advise participants to fly to Santiago a day earlier and spend the night at the Holiday Inn hotel located in the airport terminal.

Early in the morning on October 14th, we’ll board a LATAM flight to the Falkland Islands. Upon arrival, we’ll take a comfortable bus to Port Stanley where our ship will be waiting.

The crossing to South Georgia begins. Although we will be far from the land, we’ll witness incredible wildlife from the ship decks. A huge variety of birds, including several species of albatrosses such as black-browed, gray-headed, and wandering albatrosses, southern giant petrels, cape petrels makes photography from decks very entertaining.

During our sailing days, we’ll have lectures about South Georgia and its inhabitants. Photography guides will share their secrets and show Antarctic portfolios. We can enjoy a glass of wine in a cozy bar, restaurant, or lounge. Contemporary, international cuisine created by our talented chefs is beyond praise.

We are visiting some of the best areas for wildlife and landscape photography, such as Salisbury Plains, St. Andrews Bay, Gold Harbour, Cooper Bay, Drygalski fjord and other great places. Nine days in South Georgia will allow us to see and photograph most of its interesting inhabitants and landscapes.

During our return to the Falklands, we’ll share our impressions, discuss the footage and spend time in the pleasant company on our comfortable ship! Albatrosses are still circling around the ship prompting us outside.

After disembarkation at Port Stanley, transfer to the airport and flight to Santiago, where the tour officially ends.

Group transfer to the ship on day of embarkation

All meals on board throughout the voyage

All scheduled landings/excursions (subject to weather and ice conditions)

Rubber boots for shore landings for the time of the cruise

Group transfer to airport or central location upon disembarkation

Personal expenses such as laundry and onboard communication (telephone calls, faxes, and e-mail service)

Emergency Evacuation Insurance to a minimum benefit of USD 200,000

Born and raised in Italy, Marco Grassi is a self-taught and award-winning photographer focused on landscape photography. At the young age of 23 Marco has completed his round-the-world trip and today, several countries later, he defines himself as a true travel addict. Marco’s work has been published and rewarded extensively worldwide in a large variety of media outlets, such as the National Geographic and GEO Magazine. Among some of his clients we can find “Nisi Filters” and “Hilleberg – The Tentmaker” .

His workshops have been designed with the central idea of putting you in the right place at the perfect time and give you plenty of amazing photo opportunities whilst creating a life-changing experience. He will assist you and advise you with valuable photography tips during the whole trip and show you the best photo locations of each destination.

Mike is a renowned landscape and nature photographer. His photographs won top awards in the most prestigious international photography competitions and have been used extensively worldwide in calendars, books, magazines, and the advertising industry. He has written numerous articles on travel and landscape photography and has been teaching photography for many years.

Mike’s works were exhibited at Smithsonian National Museum of Natural History in Washington DC, the open-air exhibition on the prime outdoor places in Moscow and St. Petersburg, travel photography exhibitions at Sheremetyevo and Domodedovo International Airports, etc. He has experience as a photography competition judge and worked as a jury member at World Photo Awards, Global Arctic Awards, and Patagonia Photo Awards.

Dmitry is an award-winning professional wildlife and landscape photographer and polar guide. He was born in Moscow, Russia and has loved photography since his childhood. Being a physicist by training, he started working at Russian space science program, then he established a well-known IT company. Dmitry traveled and photographed 115 countries so far. His five personal photo exhibitions attracted more than a million people.

Svein started wildlife photography more than 25 years ago and has spent more time with wildlife in the north than most people could ever dream of. Arctic adventures and encounters with polar bears, walruses, arctic foxes and other animals in Svalbard have given him unique experiences, which he is only too happy to share with you. Having worked for many years photographing brown bears, wolves, wolverines and other Scandinavian creatures, Svein is one of the best-known wildlife photographers in Norway.

Together with his photography knowledge, Svein has loved to hike and spend time outdoors since he learned to walk 54 years ago. He was a hunter and a competitive rifle shooter for many years. Svein has published three books and countless articles about wildlife and nature throughout the years.

Jens was born in 1990 in Göteborg, Sweden. He was educated in Sweden, at Skärehamn “seaman” university. Since an early age he have been travelling the world and have, despite his young age, been fortunate to visit plenty of exciting places around the globe.

Arctic adventures is a part of Jens life and he have worked in the Polar Regions since 2011 first as AB/Guide and then as a full time guide since 2014. Passion about wildlife photography and travel have also been a birdwatcher since childhood. He have worked all over the Arctic and not only Svalbard but also Greenland and The Canadian Arctic as well as several seasons in the Antarctic.

The archipelago is the home to hundreds of thousands of king penguins, which makes South Georgia the best location to photograph penguins. The sight of teeming bird colonies against the backdrop of sharp mountain peaks is truly breathtaking. It is also the time when growing chicks gather in huge crèches.

*All these images were taken by Mike Reyfman.*

For our voyage, we chartered expedition vessel M/V Sea Spirit (operated by Poseidon Expeditions). The vessel has a high cruising speed, which will allow us to get to the South Georgia Archipelago faster and spend more time there. Sea Spirit possesses everything necessary for safe and comfortable sailing in the stormy waters of the South Atlantic.

The vessel has an ice-strengthened hull, a fleet of Zodiacs, and a set of retractable fin stabilizers for smoother sailing while maintaining the maneuverability and special atmosphere of small vessels. A maximum of 100 participants will be welcomed aboard Sea Spirit for our expedition cruise to South Georgia.

In addition to the above, the Sea Spirit is a luxury ship that allows you to combine the comfort of a cruise liner and the wildlife of the Antarctic islands, thousands of miles away from civilization, in one expedition. Public areas include Reception, Restaurant, Bar, Outdoor Bistro, Club Lounge, Library, Presentation Lounge, Infirmary, Gym, Bridge. All decks can be accessed by the elevator.

You may take a virtual tour of the boat here. 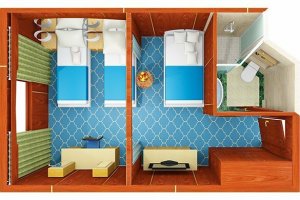 * Single occupancy is not available in triple cabins 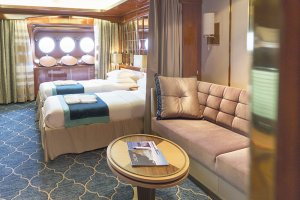 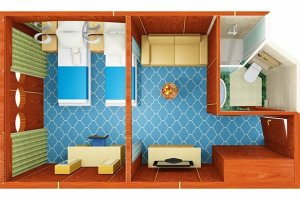 * Single occupancy is calculated using a factor of 1.7 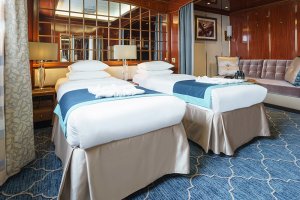 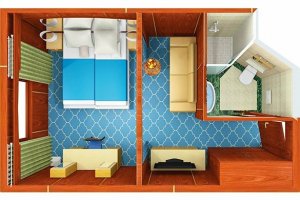 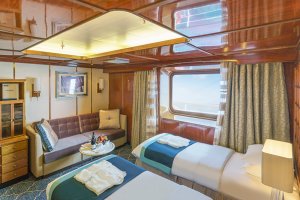 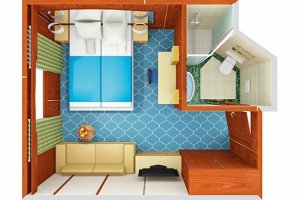 * Single occupancy is calculated using a factor of 1.5 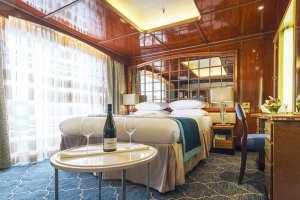 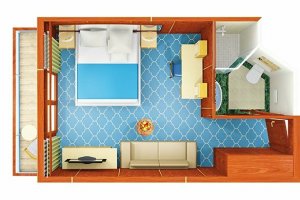 * Single occupancy is calculated using a factor of 1,6 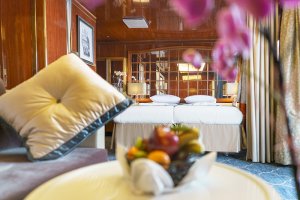 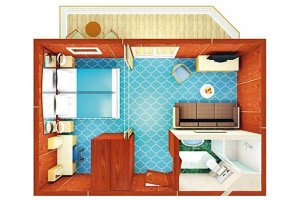 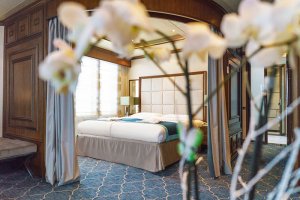 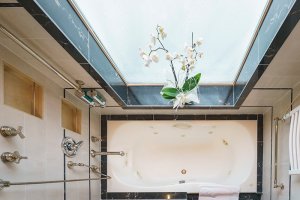 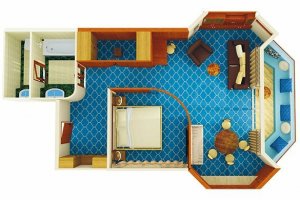 Super-spacious (43 square meters/ 463 square feet) elegant suite on the Sun Deck. Designed for entertaining, the Owner’s Suite has a separate living room with game and meeting area. A BOSE stereo system provides background music, or watch videos on the HD plasma TV. Sliding glass doors lead to a private deck. Refresh in the jetted bathtub in en suite facilities. Slumber in the King Size bed. A sofa bed can accommodate a third person.

We guarantee a full refund if the tour is canceled due to the COVID-19 pandemic circumstances.

If the deposit is paid before November 15, 2021, the funds are returned within a month from the date of cancellation.
When paying a deposit after November 15, 2021, participants will receive a voucher for the amount paid for a period of 12 months with the possibility of renewal up to 24 months. If it is impossible to redeem the voucher within the specified period, the deposited funds will be returned to the participants in full.

Organizers reserve the right to cancel the itinerary due to insufficient reservations.

In the very unlikely event that the itinerary is canceled prior to departure, Organizers will provide a full refund of all collected funds. This refund will be the limit of the Organizers’ liability. Organizers are not responsible for any expenses incurred by trip members in preparing for the trip, including non-refundable or penalty-carrying airline tickets, special clothing, or other trip-related expenses.